Where have I been? - The Psychological Effects of Birth Control 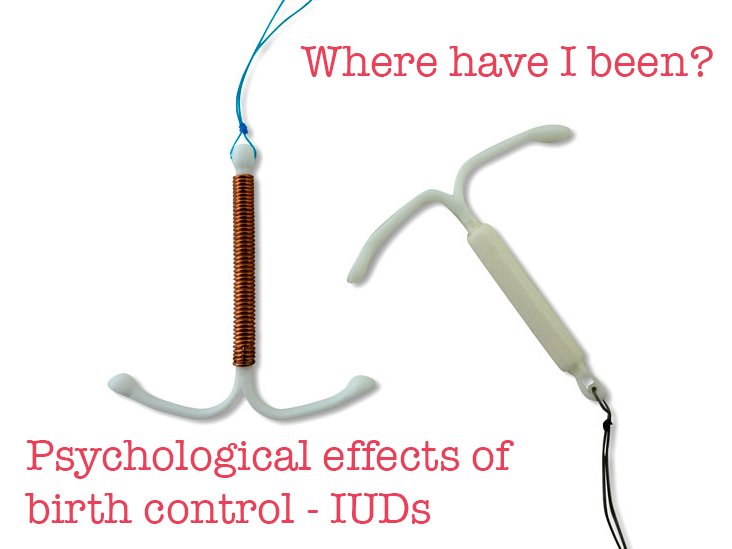 You may or may not have noticed that I haven’t posted a review for several months now. Any time I was asked I just said I was dealing with some personal issues.

I would like to thank all the toy companies that have sent me review items and have been so incredibly patient with me during this time.

The fact is, I’ve been struggling with birth control.

The copper IUD took a while for my body to adjust to. Horrendous periods. Spotting all the time. Cramps I had never had before.

And then it was fine for a little while. Relatively regular cycle, no crazy symptoms.

Then all of a sudden I was spotting all the time again. Now a normal person might have gone to the doctor but on all other accounts, I felt fine. I also have a severe medical phobia which means it’s amazing I got an IUD in the first place.

This is when I stopped posting reviews.

And testing toys in general.

Bleeding all the time, I felt like I had lost every ounce of my sexuality. Anything I did do, alone or with my partner, felt robotic. I couldn’t initiate sex because how do you feel sexy when you know that every time there’s gonna be extra clean-up? (Period sex is one thing, but it’s not every time.) Thankfully, my partner was so incredibly patient and understanding with me. (Despite trying to convince me to go to the doctor. Yes babe, you were right…)

Being a sexual person, and a toy reviewer, being out of touch with my sexuality made me feel like I had lost a part of myself. I felt depressed.

Eventually, I had enough. I made an appointment to get my copper IUD out and switch to a hormonal one.*

My IUD had shifted and was half expelled (coming out) which was causing the constant spotting/bleeding. I have no idea how long it was like this, but I'm just thankful it was still working.

All the rest is pretty boring. My body adjusted to the hormonal IUD** much faster than the first, and now I’ve even reached the point of not getting a period. Which after the hell I went through before is beyond welcome.

I feel like my old self again and my sex drive has returned full force!

And with that, my will to test and review toys once more! I really have missed it. I just didn’t want to force myself through toys and then give them an unfair review because I was having a hard time.

So call it a new years resolution if you want, but The Sex Fairy is back! (While I ease back in, I will be posting fortnightly (every two weeks) and potentially increasing frequency back to weekly once I get back into the swing of things.)

I really struggled with deciding to actually write this because it’s not necessarily about sex toys but I think it’s something people need to be comfortable talking about. And I wanted to give an explanation for my long and sudden hiatus.

TL;DR: Yes, hormonal birth control can affect you mentally, but there are other factors and experiences that can too.

*If you would like details on the actual steps through the doctors appointments of getting/replacing an IUD I can add an update.

**I’m not going to give brands because that’s up to what your doctor decides will work best for you.