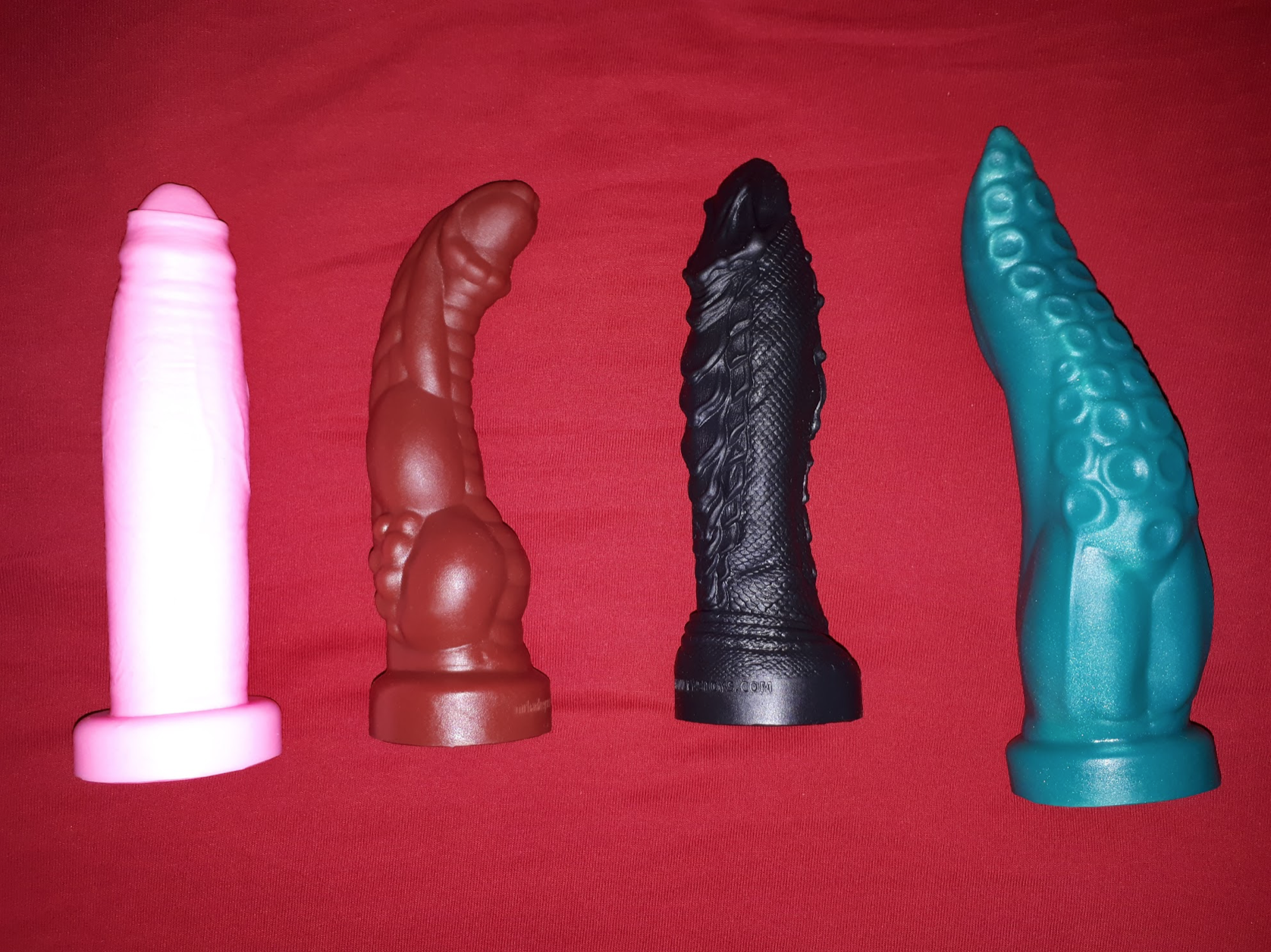 Mr. Hankey's was generous enough to send me 4 toys of my choosing so I figured for my Birthday post I would write about all of them at once and have a party!

In order of least favourite to most favourite. Although I do love all of them. 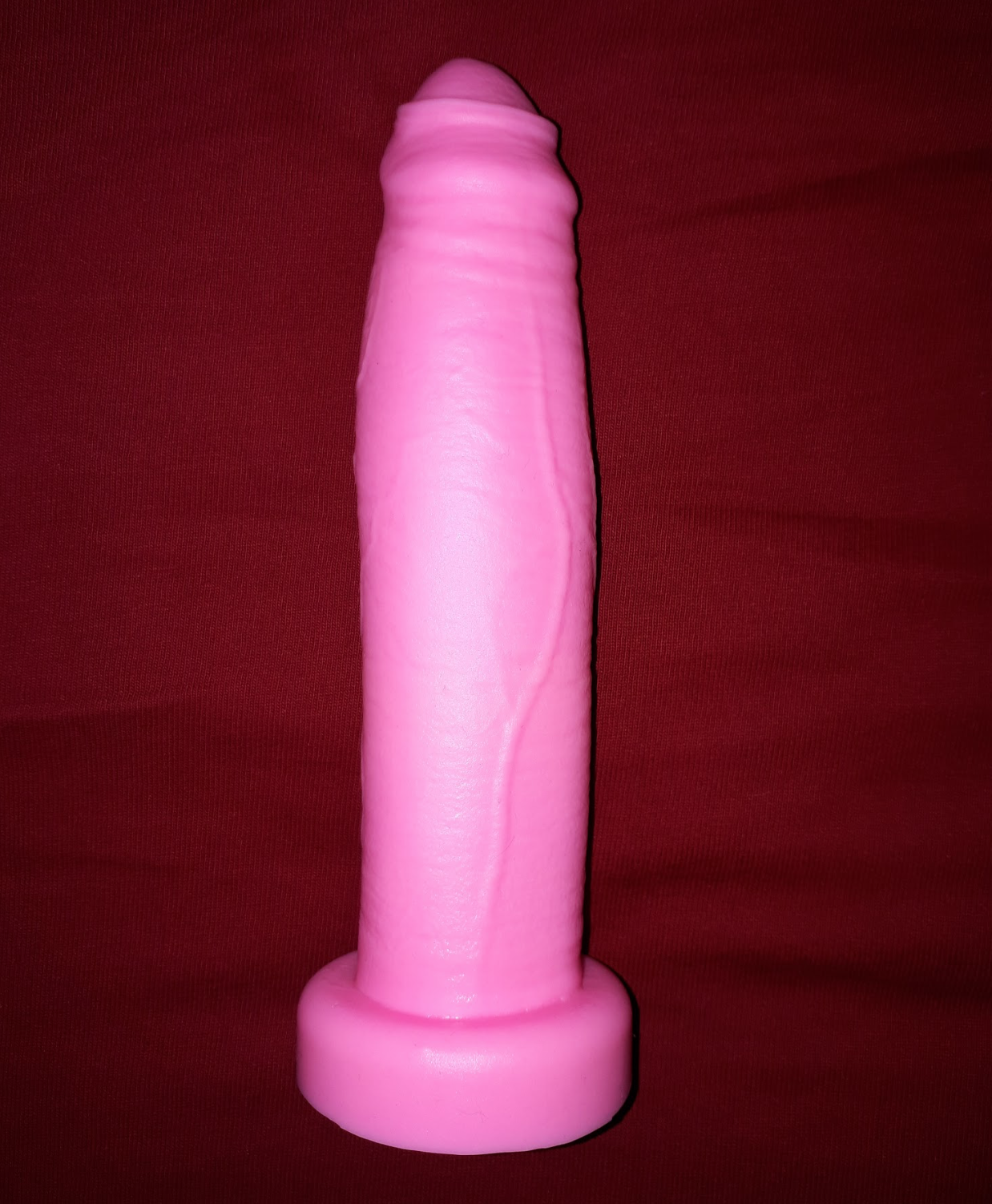 But I wanted to include something on the tamer side for those reading that might not like the crazy stuff. I did however opt for their foreskin model as I was curious how realistic it would really feel.

I do think you can feel the uncircumcised shaped though. 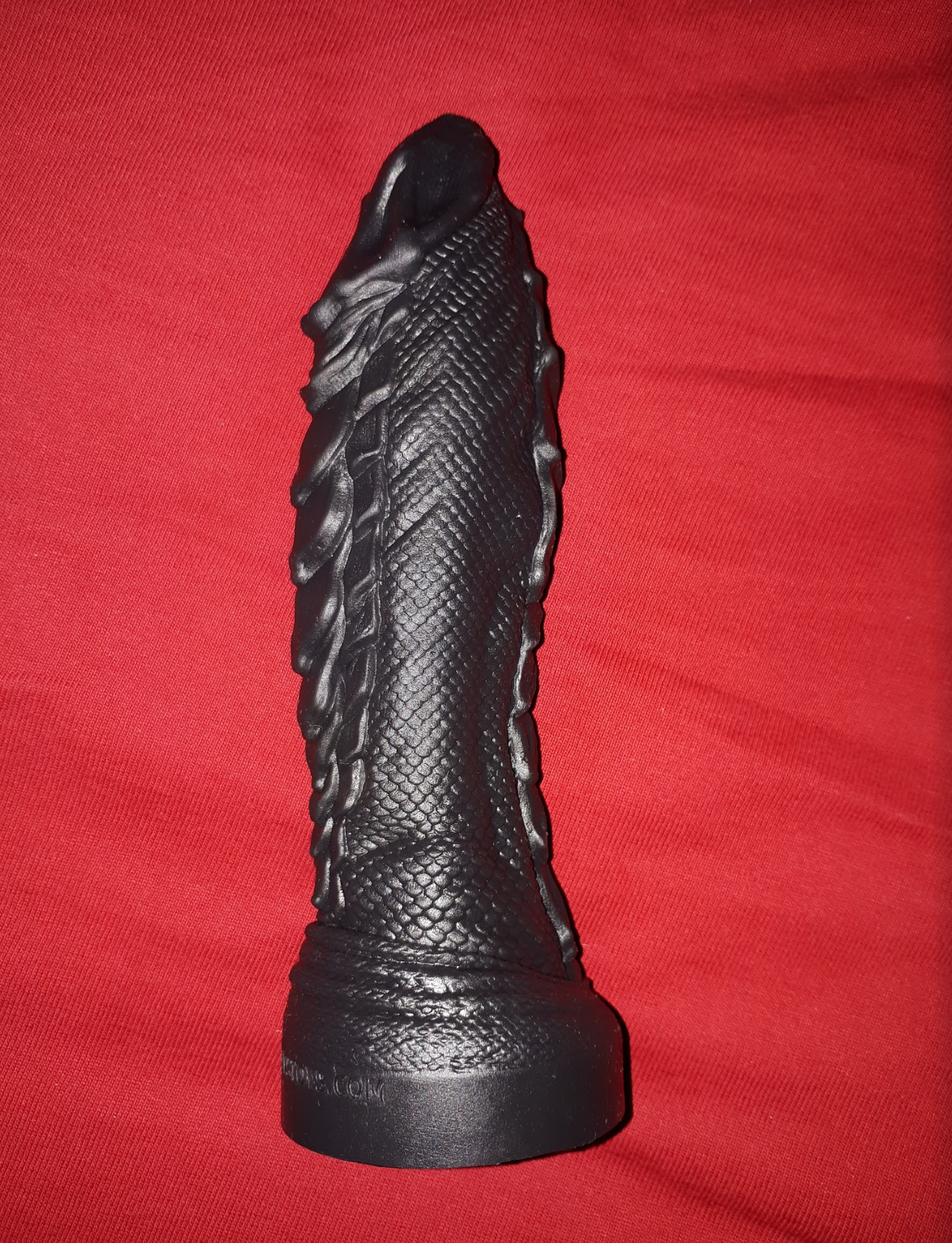 I think the world of dragon dicks is super fascinating. So much room for interpretation and creativity. So of course I needed to include this one.

The texturing is beautiful, but even in their softest firmness, is quite abrasive. So be careful unless you like it rough.

I do recommend, just maybe not for beginners. 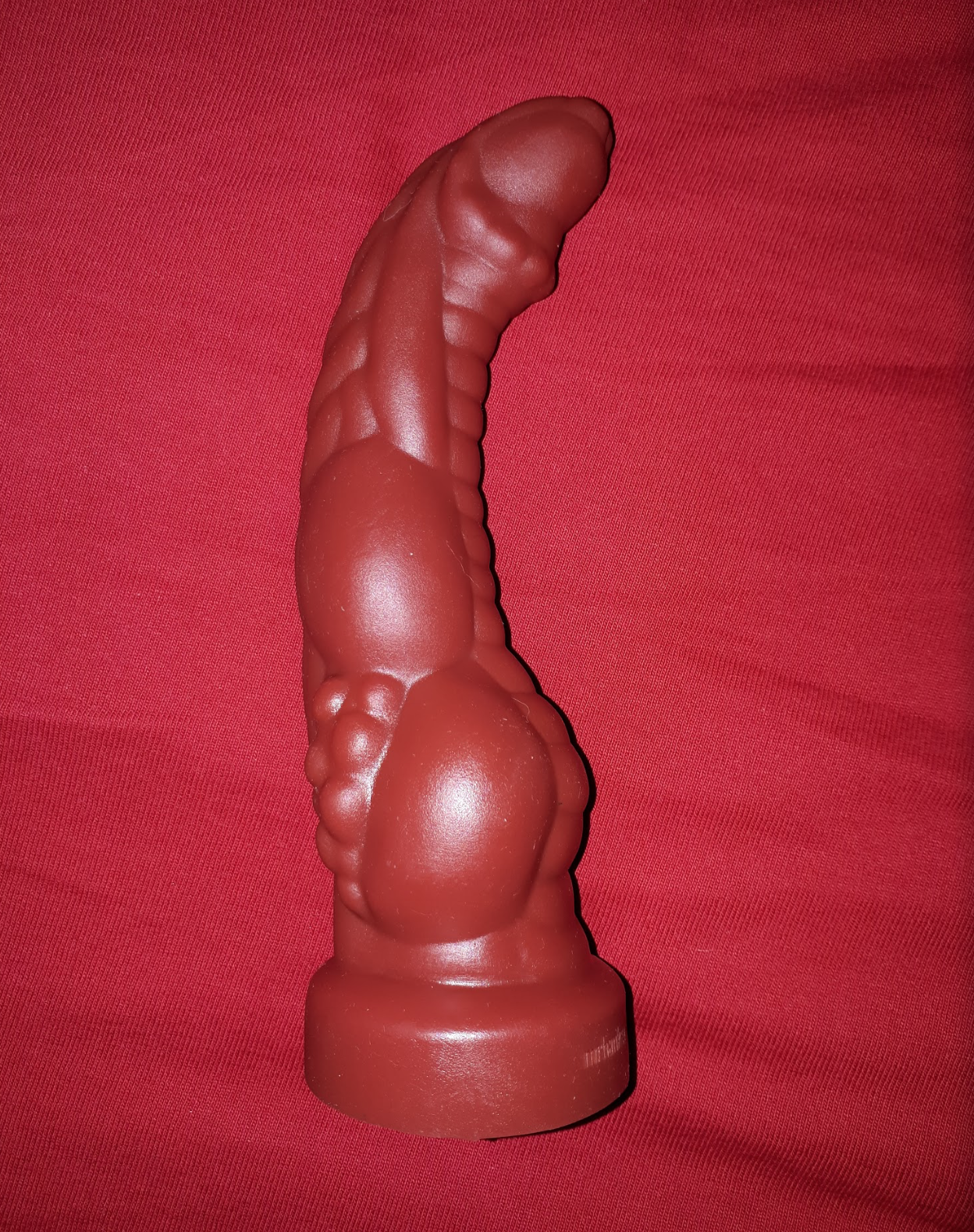 The texturing makes up for lack of girth and is decently long. I wanted to be able to insert the whole think including the wide knot at the base, and I probably could have, if it was just a little shorter. 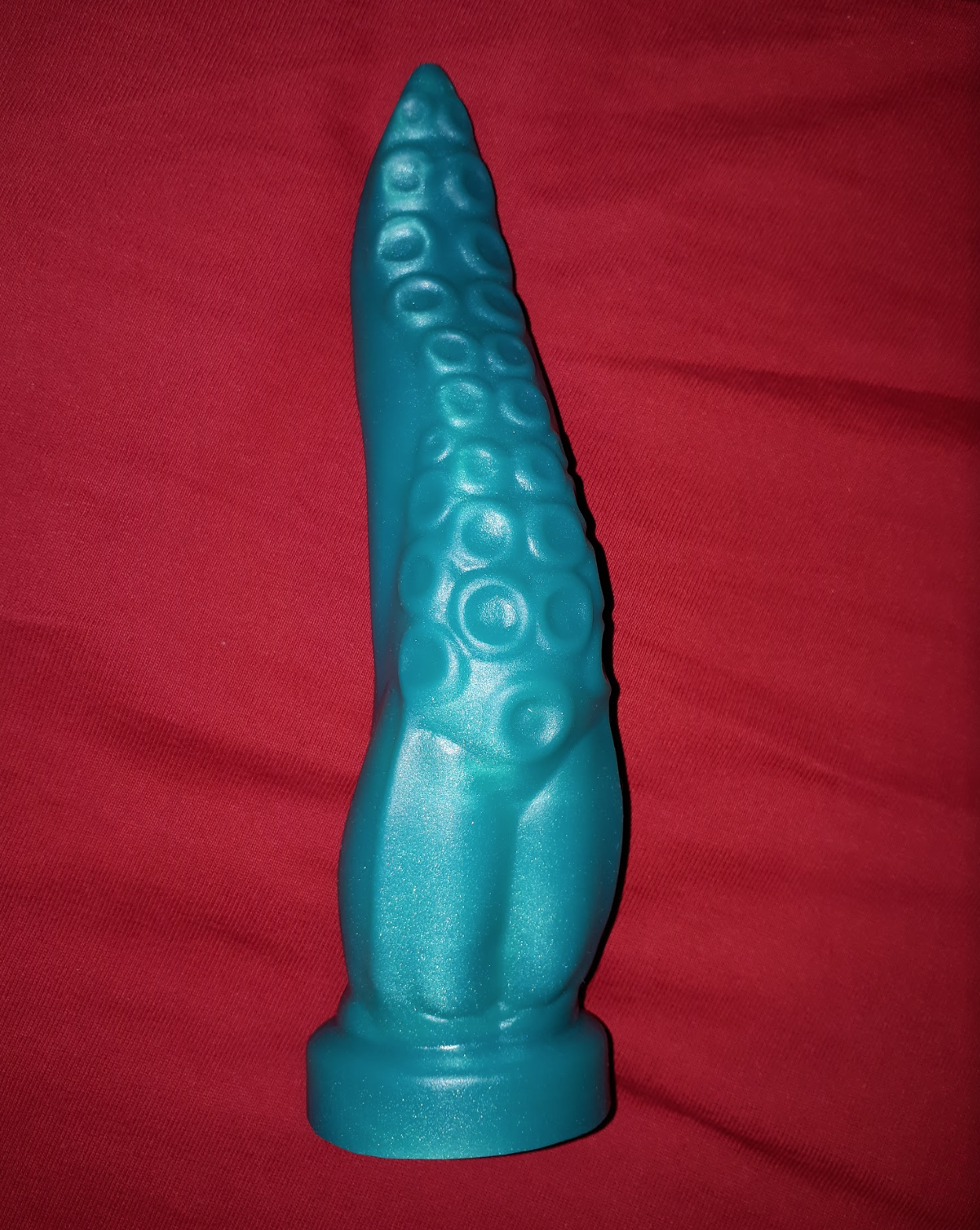 I don't think it should come as a surprise that the tentacle is my favourite of the bunch.

I debated for a long time over which size to try knowing that tentacles generally are a very tapered shaped. In the end I figured small was a safe bet given Mr Hankey's toys are usually gigantic, and this is the only item I selected not in the Xtra-small series.

The size ended up being perfect, along with everything else about it. The suction cup texturing is noticeable but also blends in with the smoothness of the tentacle.

This is one of very few toys that I will actually rub all over, and utilize slow thrusts.

What can I say, this toy drives me crazy. Instant favourite, I recommend to everyone even if you're not into tentacles.

*Thank you again to Mr. Hankey's for sending me all these beautiful toys in exchange for my honest opinions.