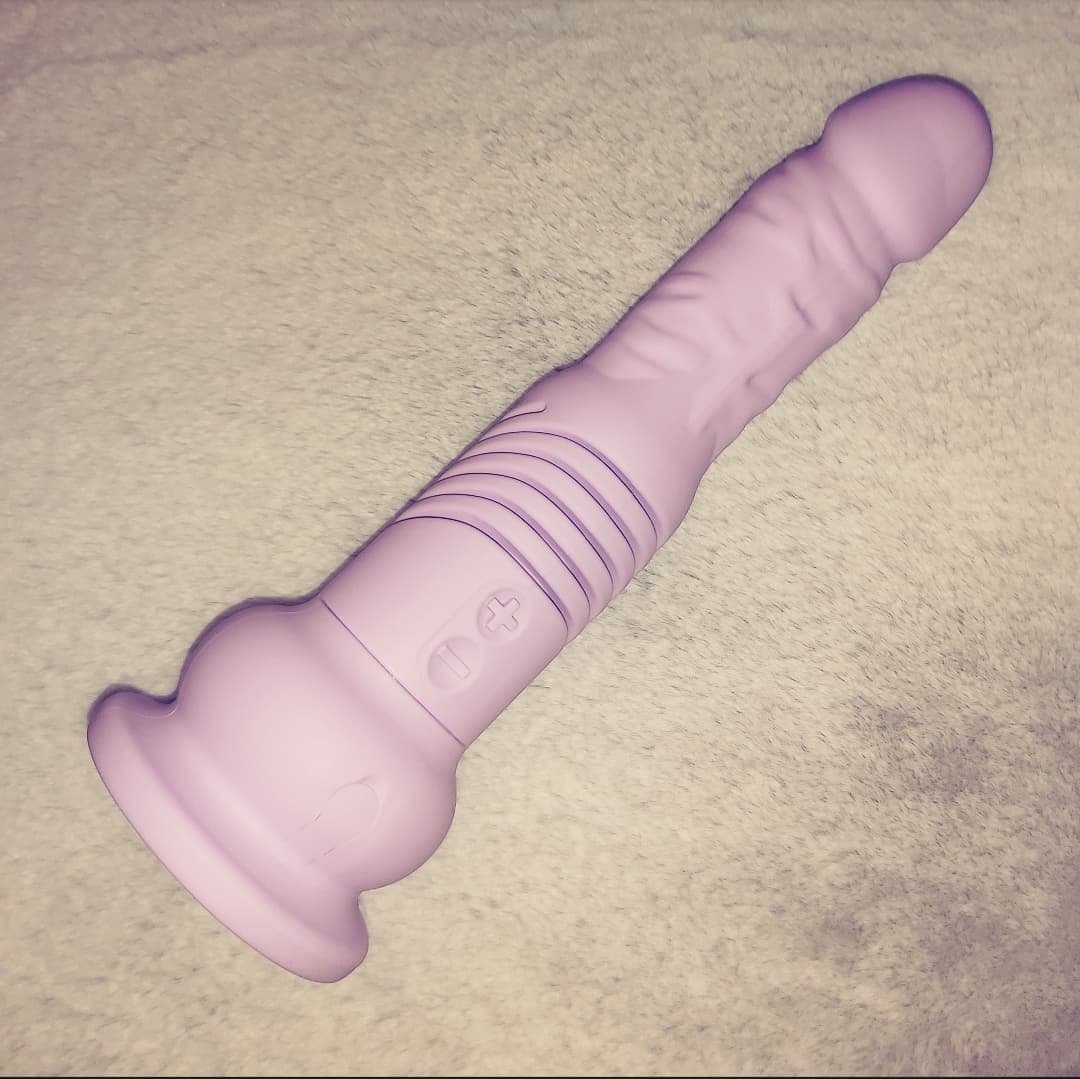 There are few things I appreciate more than companies that take feedback and use it.

After mostly loving the Velvet Thruster Jackie I was really excited when they came out with the mini, in responce to feedback from many reviewers and bloggers.

I was so excited at the idea of a hands-free thruster, and I had so many ideas of where I would position it.

Let me tell you, I wish I had video footage of me testing it out. Not because it was sexy, but because I’m sure it was hilarious.

My first bright idea was to stick it to the wall by my bed and lay on my back with my legs straight up. It was too hard to wiggle up close enough and then when I did, the suction cup kept giving out.

I tried the same thing but standing, which might have worked if I found the right height on the wall and had something to hold onto in front of me.

At this point I figured the suction cup was never going to stick well enough to a wall, so I moved into the bathroom for a smoother surface.

Eventually the only successful position I wiggled myself into was on my back on the floor with my legs over the edge of the bathtub. The suction cup was holding and I was ready to turn it on; which proved almost as difficult as finding the position in the first place.

I managed to find the power button, which is on the back, wondering if it would have been easier to turn it on first but figured that would be a whole other can of worms with the potential for pain or discomfort.

Feeling not particularly frisky anymore after all the frustration, I started small on the second speed speed. Which after I relaxed a little bit felt pretty good.

Knowing that I usually cannot orgasm through penetration alone I came armed with a wand.  This created a perfect combination and a swift finish.

In the following moments of “okay I'm done make it stop!” I was faced with two options; scoot away, or reach for the power button. I chose to scoot. Which was a lot more energy than I wanted to exert.

All in all, I really can’t decide if all that work was worth it. I think if I had something or somewhere more comfortable to stick it, it could be great.

The only other thing I really really wish it had was a remote control. Doesn’t even have to be wireless, but I just really can’t see any possible way to comfortably reach the controls on the base of this toy while it’s in use.

I think it’s really up to you if you think this toy would be a good investment. I’m glad I have it, but I don’t think I would purchase again.

**Thank you to Velvet Thruster for sending me this product for review.