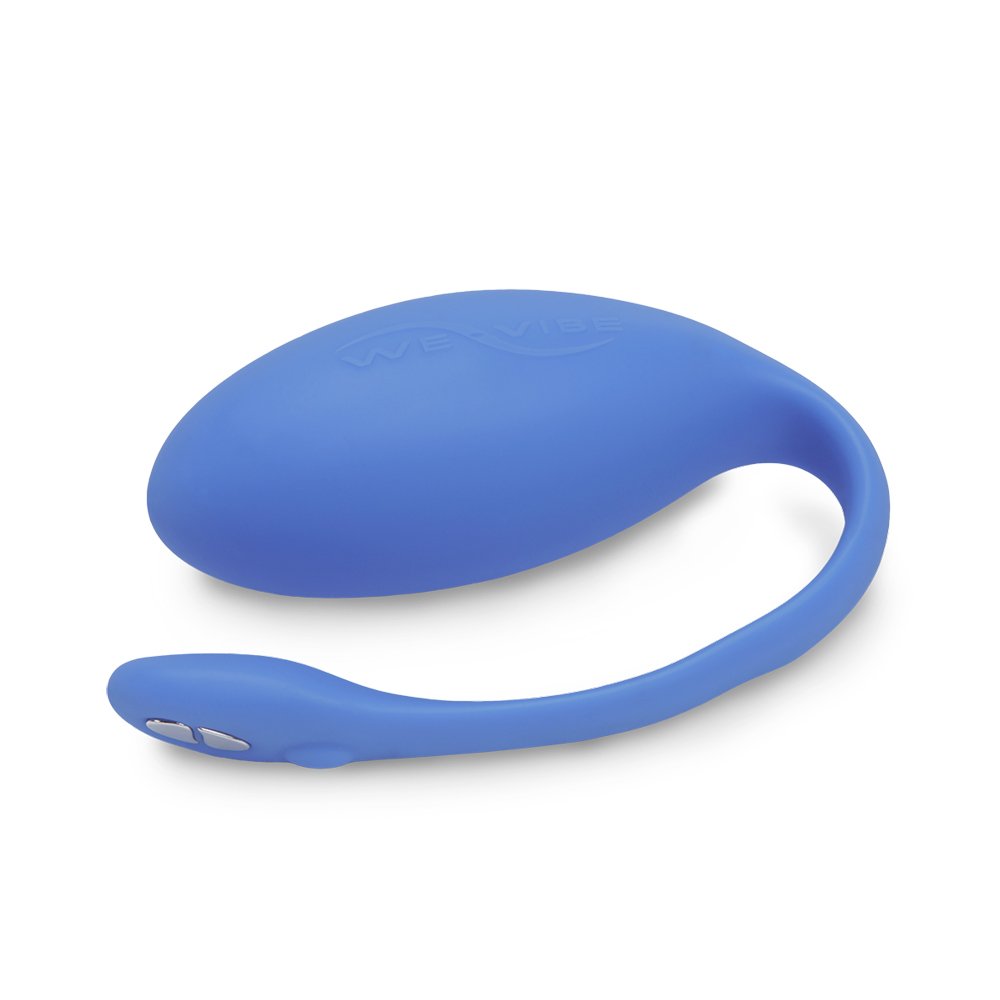 I was excited to get my hands on the We-Vibe Jive because I didn't really know what to expect.

Would it fit nicely internally? Would the string like portion be noticeable? How strong are the vibrations?

Not to make it sound unsexy, but once it's inserted, it feels like a tampon or a mensural cup. You don't even really notice it, or the part of it that sticks out.

Until you turn it on.

Which might I say is an interesting feeling, having something vibrating inside you that you don't feel otherwise.

I haven't taken it out in public, but this is definitely the toy I would do it with. The vibrations are unnoticeably quiet, unless you're in a completely silent room. It's not so girthy that it would impede  movements or sitting or anything. And it feels secure, so I wouldn't be worried about it slipping out.

Normally, I would complain about this toy only having a one button control, but you don't need to worry about that with the We-Connect app. Which is mostly user friendly, except it took me a few attempts to understand the custom pattern function.

The toy and the app connect quickly, and work pretty smoothly for the most part. I don't know if it's just my phone or if it's the app, but sometimes it takes a moment or two for the Jive to respond.

The patterns are fun, and even more so when someone else is controlling them. I do think there could be a wider range in vibration intensities, but all in all I really like this toy.

*Thank you to We-Vibe for sending it to me!* 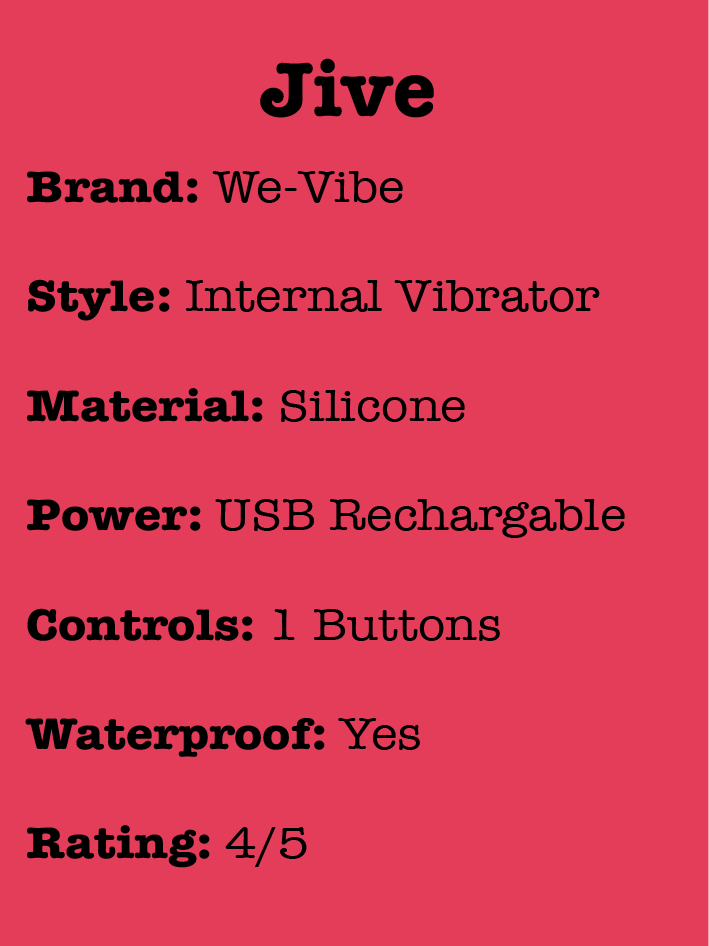 You can buy the WE-VIBE JIVE at Good Vibrations, Peepshow Toys, Betty's Toy Box, or SheVibe!