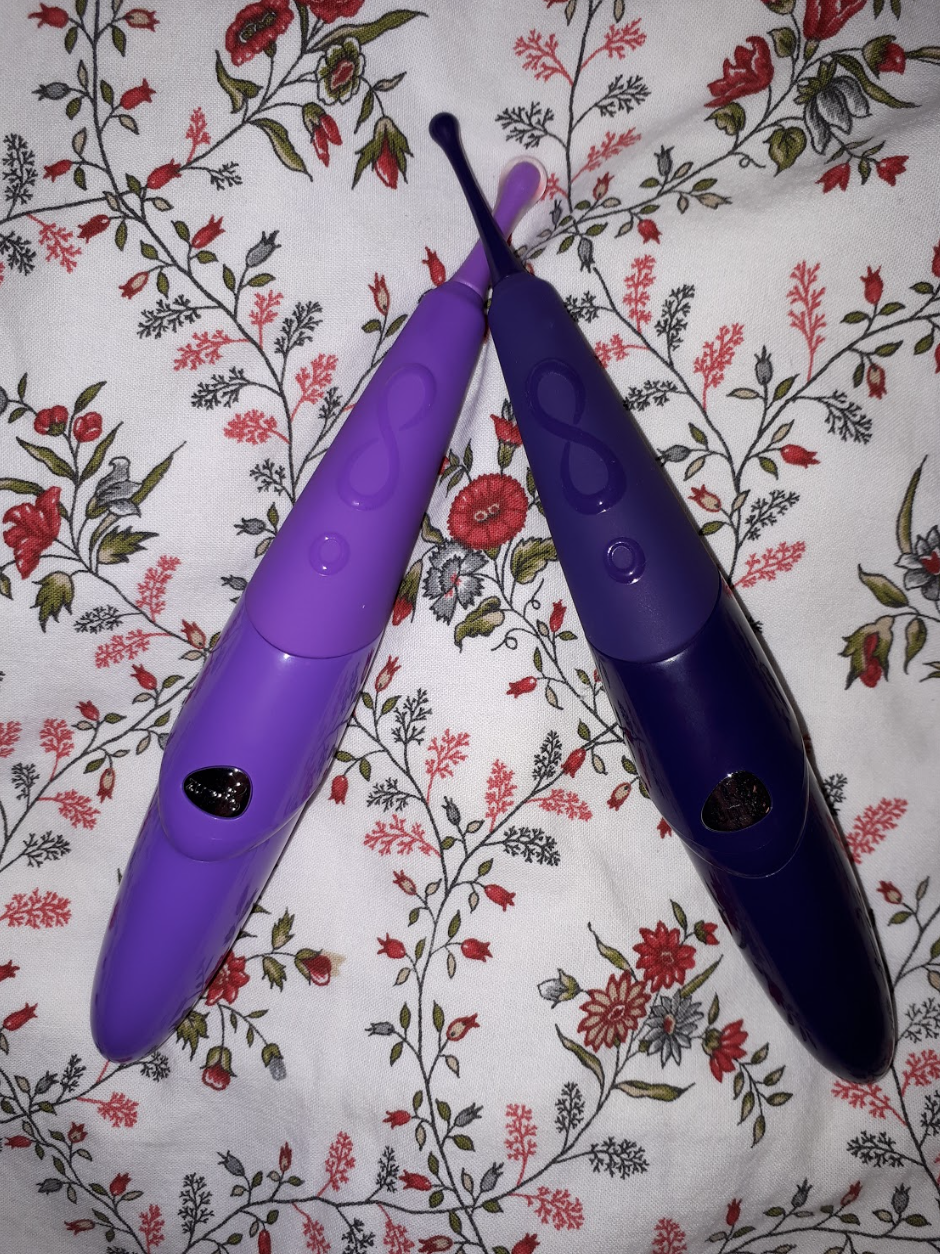 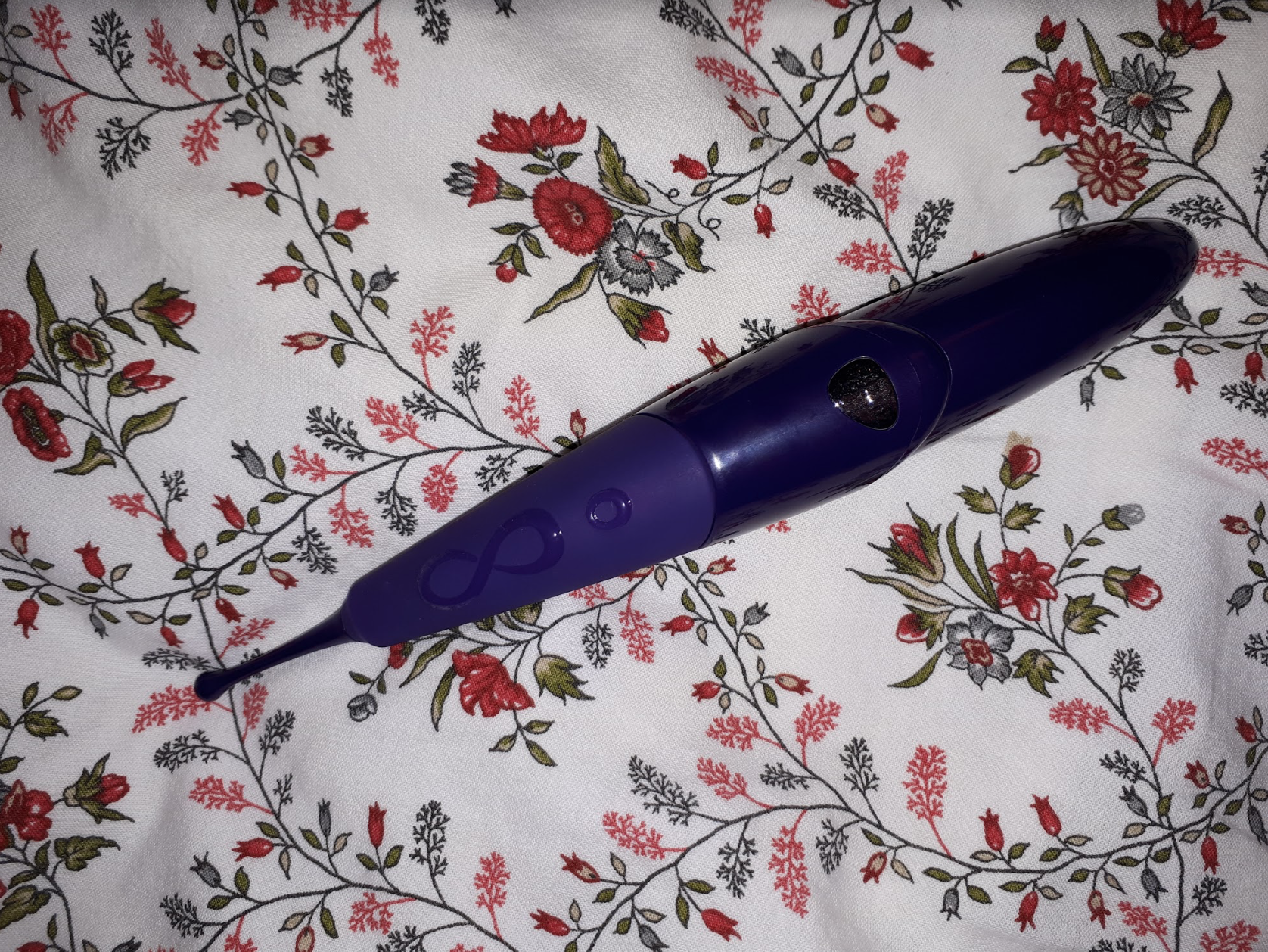 This toy looks like an electric toothbrush and has been a rollercoaster ride.

Going in I thought this toy was gonna be a shoe-in with everything I usualy look for: Pinpoint clitoal, rechagable, multiple buttons, and waterproof.

Whether the teeny tiny head oscillates like claimed is honestly unclear. To me it just looks like vibrations. And very strong ones at that, I haven’t used it over the second speed.

While I do prefer pinpoint stimulation, this might be a little too pinpoint. The vibrations don’t really do much for me anywhere except my clitorus, and on my clit Zumio rides the line of over-stimulation.

Meaning that about half the time I have an absolutely mind-blowing orgasm, and the other half I’m left numbed-out or over-sensitive, and very unsatisfied.

I also can’t decide if I like the placement of the buttons. If you hold Zumio like a pen, the buttons are in a great spot, but if you hold it any other way I’d prefer the buttons to be a bit lower. 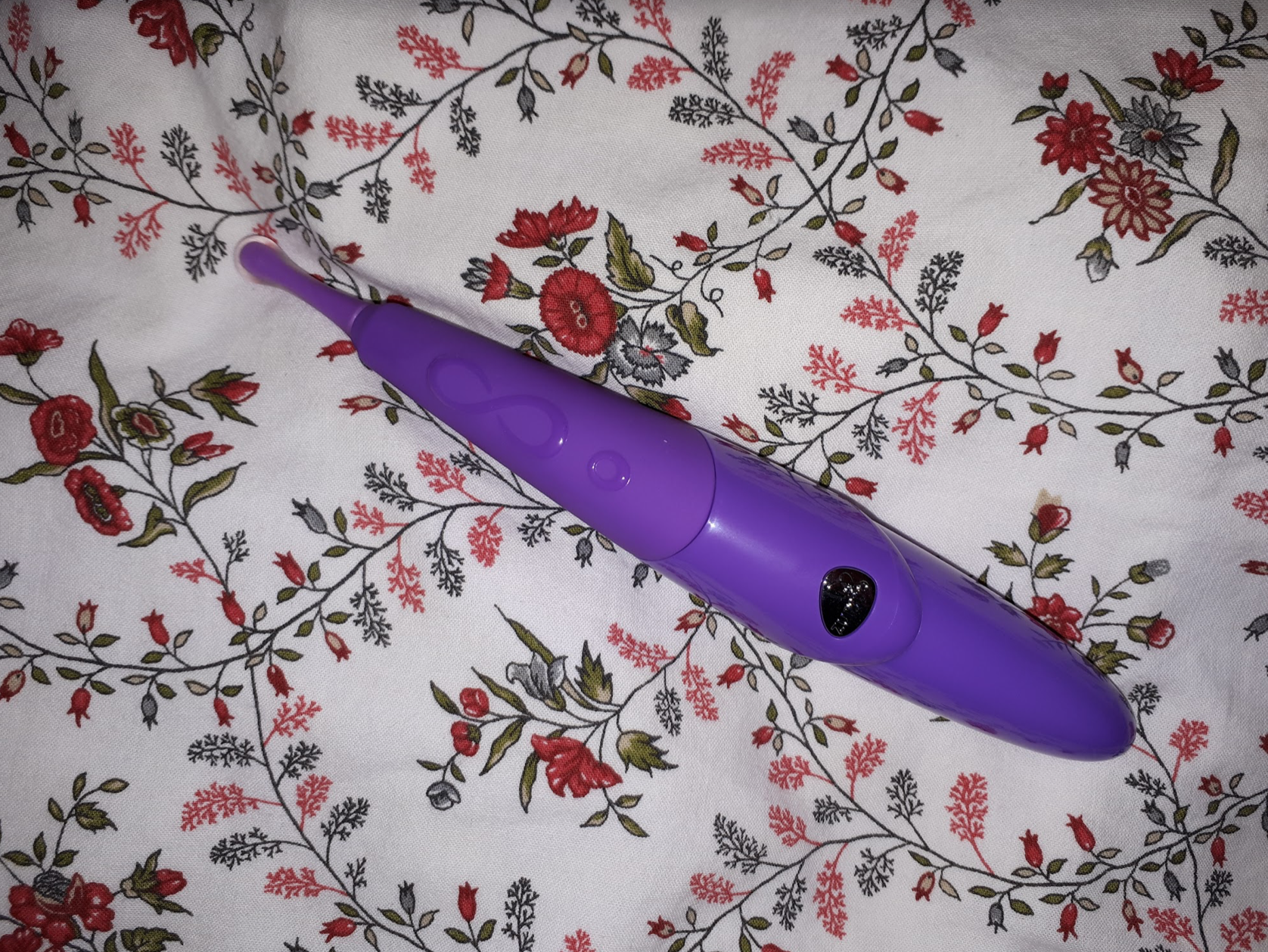 When I found out that Zumio was releasing a new style with a larger head and lower vibration intensites I was excited. I figured this one would work better for me than the first.

Well, it was closer. But not still not quite. The vibrations were a much better frequency, but the head was still not quite big enough for my liking.

The Zumio S was heading in the right direction for me but just stopped a little short.

Some things just aren't meant to be.

I think unfortunatly I am just not a Zumio person. I really wanted to enjoy the innovative design. I love that it's a toy made by women, and I'm pretty sure the Zumio S is the result of listening to consumer feedback. But not every toy is going to work for everyone.

I would recomend giving it a try, just maybe not as your first toy. As I really can't compare it to anything else, you really do just need to see if you are a Zumio person.

** Thank you to Zumio for sending me the Zumio S to write this compartison.

* I purchased the Zumio X by myself